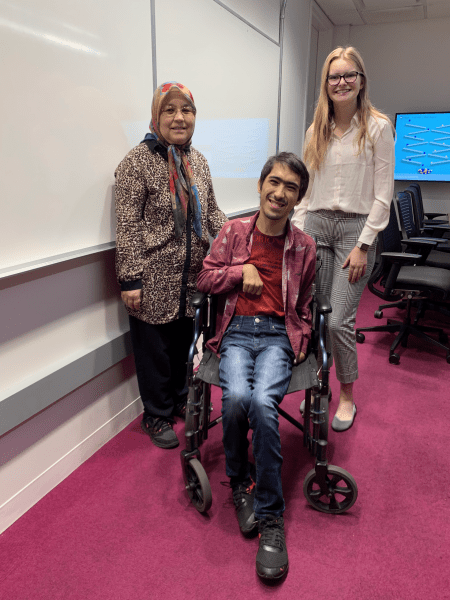 Ambassador Girl Scout Stella Kaval, who is a senior at Menlo Atherton High School, just completed her Gold Award Project, which focused on changing the perception of disability in the community.

“I addressed the root cause of the issue in three ways: sharing about CP through a video documentary, educating about inclusion for youth in the community, and empowering kids with CP via a mobile app.

Stella met author Becky Taylor and read her book Tell Me the Number Before Infinity, which goes into depth about how she was raised and the barriers she faced as a child with Cerebral Palsy, especially when kids wouldn’t include her.

She also interviewed Alva Gardner at Ability Now Bay Area who educated her about accessibility and lack of accommodations offered at universities and how this impacted her education. Alva now helps adults with disabilities achieve their goals.

After meeting with the founder of nonprofit WAWOS, Jaquie Robison, and hearing the story of her daughter Sofia, she learned that having Cerebral Palsy is isolating and challenging with few activities for children.

Photo of Stella with PHD student and Google intern Muratcan Cicek and his mother Mrs. Cicek courtesy of Stella