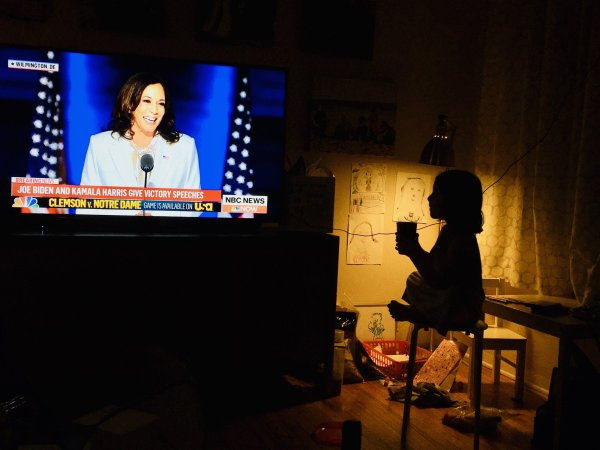 Emails Menlo Park resident Charles Schmuck: “While the country is divided over the Presidential election, I ask you to ponder the mind of a five year old during these crazy days.

“My granddaughter Oakleigh knew more about the election than many far older than she. When Kamala Harris was giving her victory talk the other night her parents this photo.

“No matter who you were for in the election, the fact that a woman was elected as our next VP is worth celebrating. Sadly it took 100 years!

“I have to wonder what Oakleigh (as my only grand daughter and proud of it!) was thinking the other night as she watched.

“Win or lose, Tuesday was a victory for all women – especially five year olds!”