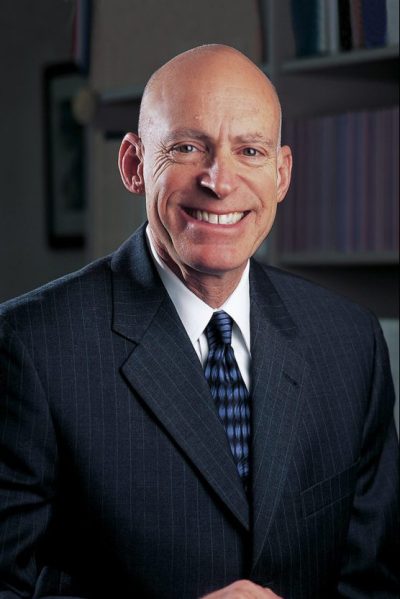 Recognized as the founder of the field of personnel economics, Lazear’s boundless energy and entrepreneurial spirit have led to contributions in many domains. At Stanford University, he served as the Morris Arnold and Nona Jean Cox Senior Fellow at the Hoover Institution and the Davies Family Professor of Economics at Stanford Graduate School of Business.

“Ed was a pioneering labor economist, a gifted teacher, an accomplished public servant and an extraordinary colleague,” said Condoleezza Rice, director of the Hoover Institution.

“Ed brought a love of economics to generations of students and colleagues,” said Jon Levin, Philip H. Knight Professor and Dean of Stanford GSB. “His classes invariably were oversubscribed, and Stanford GSB students recognized him with both the MBA and PhD teaching awards. His infectious enthusiasm for ideas made him an all-time great seminar participant and an active convener of his colleagues.

“His colloquium (the ‘Eddie Lunch’) brought faculty together from across Stanford for two decades.”

Lazear served at the White House from 2006 to 2009, where he was chairman of President Bush’s Council of Economic Advisers. Lazear was a trusted confidant to President George W. Bush and played a key role in fashioning the response to the financial crisis in 2007 and 2008. Lazear was both an adviser and friend of the president, even earning the nickname “Stork” from the former president for his appearance during their frequent bike rides at Camp David. The two maintained their friendship ever since.

A champion of free-market competition and capitalism, Lazear had a gift for creating simple, original models that cut to the heart of an economic problem. His book Personnel Economics, published in 1995, established a new field in labor economics, focused on human resource practices and incentives in organizations. He made important contributions as well in education, immigration, productivity and entrepreneurship.

A student of and intellectual successor to economist and Nobel Laureate Gary Becker, Lazear founded the Society of Labor Economists and later served as its president. He was the founding editor of the Journal of Labor Economics, and also founded the working group on Personnel Economics at the National Bureau of Economic Research.

Lazear won practically every award labor economics has to offer, including the Leo Melamed Prize, IZA Prize in Labor Economics, the Jacob Mincer Prize, election to the American Academy of Arts and Sciences, and designation as Distinguished Fellow of the American Economic Association.

“Earlier this year, the Society of Labor Economists established the Edward P. Lazear Prize to recognize outstanding contributions to research, the profession and civil society – a fitting encapsulation of Eddie’s own professional accomplishments,” Levin said.

Since 2017, Lazear has served as an adviser to the Federal Reserve Bank of Minneapolis. He was a frequent contributor to the Wall Street Journal and other news media. He was an avid traveler, bike rider and skier.

Lazear was born in 1948 and grew up in Los Altos, California. He graduated from UCLA and received his PhD in Economics from Harvard University. He taught at the University of Chicago for nearly 20 years before joining the Stanford faculty.

Lazear is survived by his wife, Victoria, his daughter, Julie Lazear, and son-in-law Dustin Dupuis.