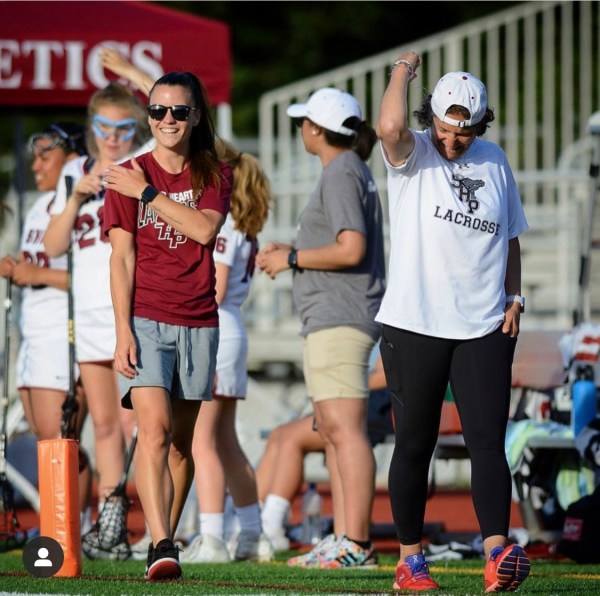 Liz Hogan is on the cover of the US Lacrosse Magazine’s December issue. The feature story details her life, background, and the hard work it took to succeed in lacrosse.

Liz (pictured in red shirt) joined the U.S. Women’s National Team in 2012 and nearly was selected to go to the World Lacrosse Women’s World Championship twice — a dream she continues to work toward.

She is a full-time Lower School PE teacher at Sacred Heart Schools, a 6th grade advisory teacher, and coach of five sports across the grades from the Lower Middle School to Sacred Heart Prep, including SHP varsity girls’ lacrosse and the middle school girls’ lacrosse team, which was formed in 2019. She also assists with SHS’s instructor-led training team and with middle school admissions. “I keep busy around these parts,” Liz says with a laugh.

On top of her teaching and coaching duties, over the past several years she’s trained with the U.S. Team.

She’s “one of the best goalkeepers in the world,” U.S. Women’s National Team Assistant Coach Amy Altig told US Lacrosse Magazine. “She’s never been better. She makes saves where people are like, ‘She shouldn’t have made that.’ But Liz Hogan makes that.”