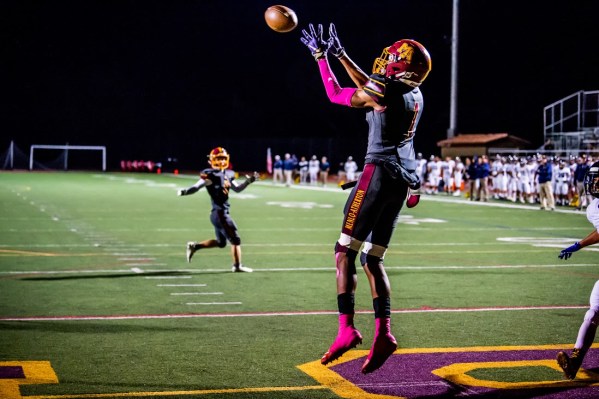 After a season in which he didn’t catch a pass (because there was no football), M-A wide receiver Troy Franklin made official today what he announced last spring: He will play for the University of Oregon Ducks.

A top Class of 2021 recruit since he started for the Bears as a freshman, the 6-foot-2, 180-pounder is ranked the No. 2 senior in California by 247Sports, No. 36 nationally, and the third-best receiver in the country.