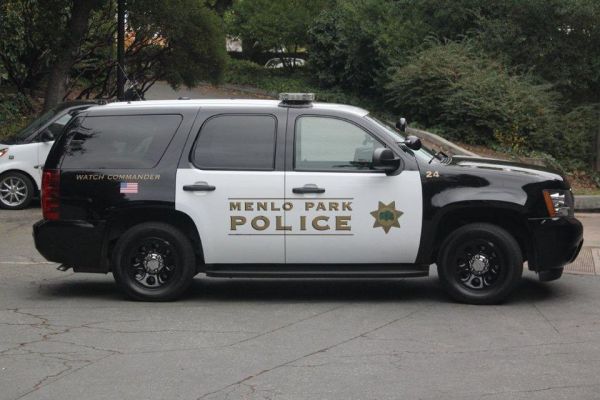 The year 2020 proved to be unprecedented with changes and challenges impacted by the COVID-19 pandemic. Despite this, the Menlo Park Police Department continued to work with our community partners, residents and businesses toward the goal of a safer city. The Police Department releases its annual crime statistics and complaint data on its website and the city’s open data portal.

Police officers and professional staff within the Police Department contact the public in several ways, including response to calls received by the dispatch center, flag downs or requests made in public, along with “self-initiated” activities (which range from traffic to pedestrian stops). Not all service calls result in written reports or citations. Staff use their discretion, experience, knowledge of laws/policies and communication skills to resolve situations.

In the shifted reality of the global pandemic, including periods of “lock down” and stay-at-home orders, far fewer contacts were made between the police and the community than had been experienced in previous years.  During the 2020 calendar year with fewer people commuting, fewer people gathering in groups and fewer people living life as we once did, crime activity, traffic enforcement activity and other community issues had shifted from the trends of previous years.

All department employees (sworn officers and professional staff) working in the community have been wearing body cameras since 2014 in an effort to strengthen staff’s performance and accountability, enhance department transparency, document encounters with the public, and investigate and resolve complaints and staff-involved incidents.

In 2020 in the midst of the pandemic, the Police Department responded to over 21,000 calls for service, conducted over 3,600 traffic stops, over 870 pedestrian and bicycle stops, wrote nearly 2,800 reports and arrested 750 individuals. These numbers represent the reality of far fewer demands for service and decrease in activity that is directly related to the COVID-19 impacts in Menlo Park. In addition to this activity, police staff handled hundreds of additional walk-up requests to the police facility and phone calls where professional staff, including administration, records and parking, provides services directly to the public (i.e. police report copies, vehicle releases, parking enforcement/permits, media inquiries, general questions, property/evidence, etc.)

The 2020 crime statistics show no increase in reported violent crime (homicide, rape, robbery and aggravated assault); 47 incidents in 2020 over 47 reported in 2019. There were no reported homicides in 2020 and clearance rates for violent crimes (the percentage of crimes that are solved) decreased from 59.5 percent in 2019 to 40.4 percent in 2020.

The Police Department investigated six internal affairs cases, three of which were based on public complaints and three of which were department initiated. It should be noted that these three complaints are out of 25,470, or .01 percent of contacts with the public. This is a 40 percent decrease from 2019 where 10 internal affairs investigations were conducted. When reviewing internal and personnel complaints, it is important to look at the number and types of service calls officers respond to within the evaluated period. It is inevitable that given the total number of public contacts, there will be situations where a member of the public is not satisfied with the service received and has the right to file a complaint and/or an employee’s conduct or behavior warrants an investigation.

A sustained finding means that evidence from the internal investigation indicated the complaint was founded. The sustained complaints in 2020 include one for conduct, one for safety and one for performance.

A not sustained finding means the investigation failed to disclose sufficient evidence to clearly prove or disprove the allegation(s).

A finding of withdrawn is reached when the complainant affirmatively indicated the desire to withdraw the complaint.

A finding of frivolous is reached when, the investigation found that the complaint is one that is “totally and completely without merit” or is taken “for the sole purpose of harassing the officer.”

The use of body cameras has allowed supervisors to review incidents mentioned by complainants immediately. This review allows for an examination of a situation as it happened based upon the facts, as opposed to recollection.

With all this in consideration, six complaints per year is an acceptable number, but we will always strive toward zero.