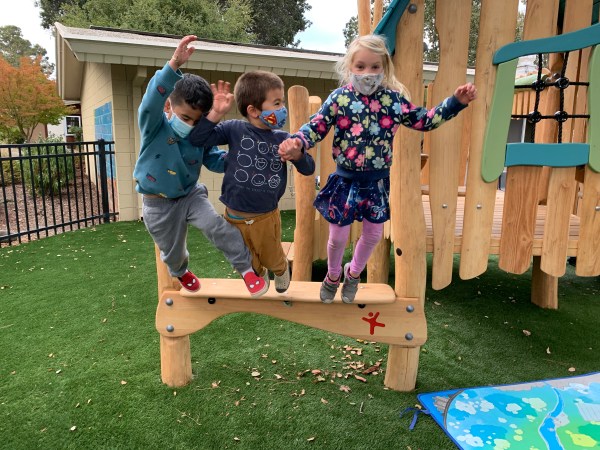 Three awards have been bestowed on the Menlo Park City School District:

-Erik Burmeister honored as Superintendent of the Year, Region 5, from the Association of California School Administrators;

An accomplished leader in his ninth year with MPCSD,  Burmeister again proved his ability to bring stakeholders together to achieve the most difficult of tasks as he led MPCSD through an unprecedented pandemic year and MPCSD welcomed its students back to campus before any other district in the Bay Area. He will receive this award at the ACSA Celebration of Leadership event on April 27.

Counselor Ashley Guilliot has been serving the students of Laurel School for 10 years and is known district-wide for her devotion and skill. Named for Dr. Emily Garfield, a mentor and friend in support of positive youth development and community wellness, the Emily Garfield Award recognizes an outstanding individual who supports high-risk students and helps them with social/emotional development in order to be successful in school. During this pandemic year, the job of school counselor has taken on even more significance. She will receive her award, which comes with a $1,000 stipend, at the May 7 Kent Awards ceremony.

MPCSD’s preschool, the Early Learning Center, has been open for three years and now serves students on two campuses — Laurel and Oak Knoll — as well as through its virtual program. The ELC will receive a Kent Award from San Mateo County School Board Association, which honors truly outstanding programs that are innovative and replicable. The ELC’s unique program nurtures young children’s curiosity, sense of wonder, belonging, and deep engagement with the world around them, preparing them to develop the critical skills needed to enter kindergarten and reach their full potential. It aims to prepare children for success in kindergarten and beyond, and reserves 25%  of its spots for lower income families who pay on a sliding scale.