Was InMenlo founder Chris Gulker foreseeing the future in 1979? 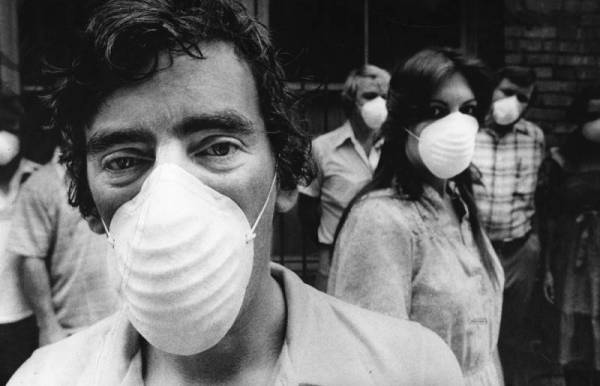 We stumbled upon this 1979 photo taken by InMenlo founder Chris Gulker, who passed away in 2010. Chris was a press photographer for many years in Los Angeles before coming north to spur the San Francisco Examiner’s digital transformation in 1989.

Face masks in 1979 — for what reason? Foreseeing a pandemic some 40 years in the future? Here’s what the caption read:

“No, this is not a photograph taken in downtown Tokyo over the weekend. In fact, it’s not even a photograph of actual conditions in downtown Los Angeles…yet. But does any reasonable person doubt that in just a few years time Los Angeles’ atmospheric conditions might parallel Tokyo’s. If that happens, then this scene pictured, courtesy of some volunteers from the Loch Ness Monster bar in Pasadena, posing for Herald Examiner photographer Chris Gulker, could become a commonplace. And if that happens, then Los Angeles could find itself in a very tricky situation indeed, not to mention hosting a very unusual 1984 Olympic Games.”

A bit of irony as we head to another Olympics — this time in Tokyo — that may or may not be held.