Spotted: Pink moon of April putting on a show 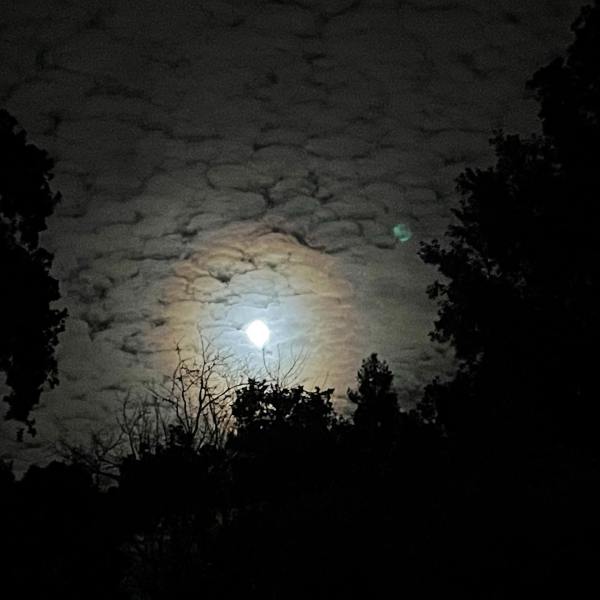 Atherton resident Laura Daschbach Pitchford captured this pretty picture of the pink moon dancing with some clouds. Here’s some background about the pink moon, according to NASA:

“In the 1930s the Maine Farmer’s Almanac began publishing American Indian Moon names for the months of the year. According to this almanac, as the full Moon in April, this is the Pink Moon, named after the herb moss pink, also known as creeping phlox, moss phlox, or mountain phlox. The plant is native to the eastern United States and is one of the earliest widespread flowers of spring.

“Other names for this Moon include the Sprouting Grass Moon, the Egg Moon, and among coastal tribes of North America, the Fish Moon, as this was when the shad swam upstream to spawn.”

Good news for moon fans; it will appear round for the next couple of days.