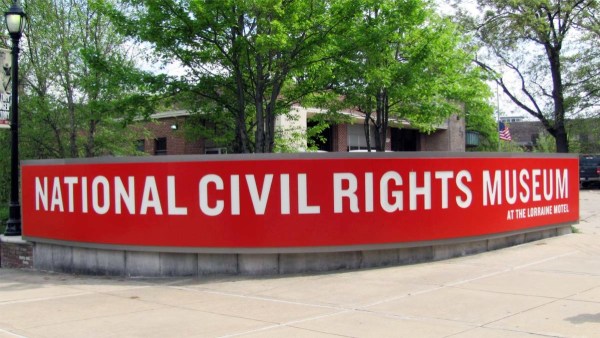 Take a virtual tour of the National Civil Rights Museum at the historic Lorraine Motel in Memphis, Tennessee and hear in-depth stories from the modern civil rights movement in a Menlo Park Library program on Thursday, April 29, from 6:30 to 7:30 pm. Register online.

The National Civil Rights Museum at the Historic Lorraine Motel in Memphis, Tennessee, is at the site of the April 4, 1968, assassination of Dr. Martin Luther King, Jr.

The motel transitioned into the museum in September 1991, and chronicles the key episodes of the American Civil Rights Movement. Museum visitors are able to view permanent exhibitions from the rise of slavery in the United States in 1619, to the era of Jim Crow, and the boycotts, marches, and demonstrations to end racial segregation in America throughout the middle of the 20th century.

Ryan Jones, a historian and educator from the museum, will guide this journey through American history through the lens of the National Civil Rights Museum.