Adam Balsamo follows Peninsula fog with camera in hand – or in the air! 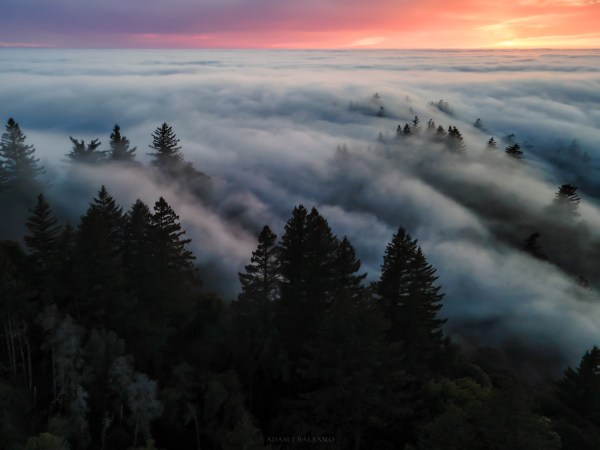 Adam Balsamo is a relative newcomer to Menlo Park, having followed a friend here in 2018. His job came with him: He designs, manufactures and sells custom flags. That gives him the flexibility to wander a bit with camera in hand—or overhead!

What captivates his attention is fog, that atmospheric so familiar to mid-Peninsula residents as it moves in from the ocean and creeps over the local coastal range. 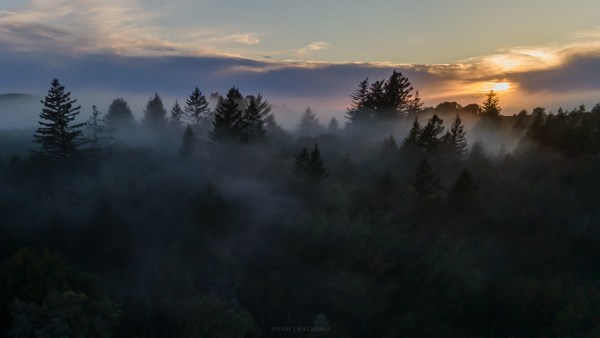 “I wasn’t aware that type of natural phenomena occurred as frequently as it does,” he said. “I’m just awestruck.” 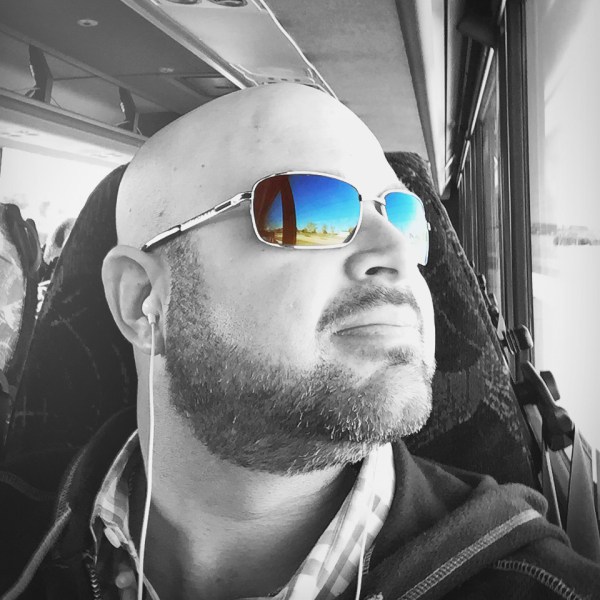 “Drones are tricky,” he said. “You can’t fly them everywhere and you need a license to fly them responsibly. It was studying for my UAF license that I learned about fog and the fact that most of the local fog is advection.” 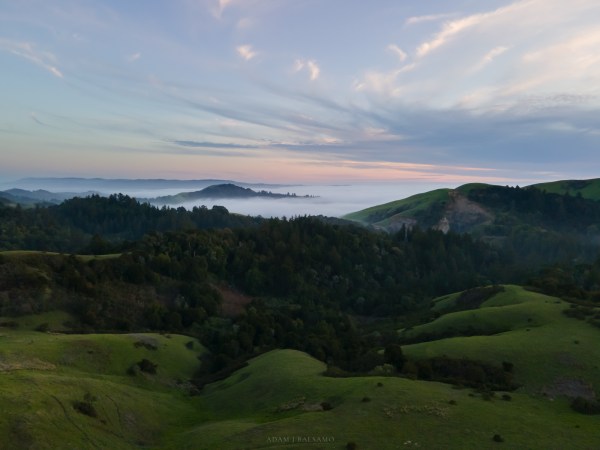 Adam says when he’s feeling inspired—and the fog is cooperating—he goes on a photo hunt several times a week.

“It’s fun to study it and predict where it will form,” he said.

A number of Adam’s fog photos are shown with this post; more can be seen on his website.