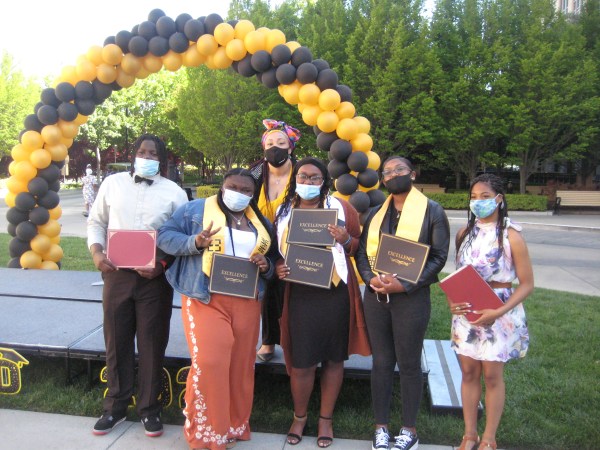 The new financial aid program is the brain child of M-A alum Rob Jensen in collaboration with Sherinda Bryant, an M-A teacher is who is advisor to the Black Student Union on campus. Named for the African term Ubuntu—which stresses a sense of community involvement and giving to others—the program provide two students each year with a $5,000 college scholarship funded over four years at $1,250 per year.

“With extra, generous support from a few of our donors, we were able to award three scholarships (rather than the planned two), and also grant ‘book/miscellaneous expense’ awards to our other two finalists,” says Rob. “One of our winners will study criminal justice with the goal of becoming an FBI agent and the other two plan to study nursing.”

Eric Stuart (City College of San Francisco) and Kayli Smith (either CSM or Canada) are the recipients of the ‘book/miscellaneous expense’ awards.

“We want to make this program ongoing and are actively fundraising for next year’s awards,” says Rob.

Donations can be sent to Menlo-Atherton High School, attention: Treasurer, 555 Middlefield Road, Atherton CA 94027. Checks should be payable to M-A Scholarships, with “Ubuntu Scholarship Program” in the memo line. Donations are tax deductible based on current IRS regulations.