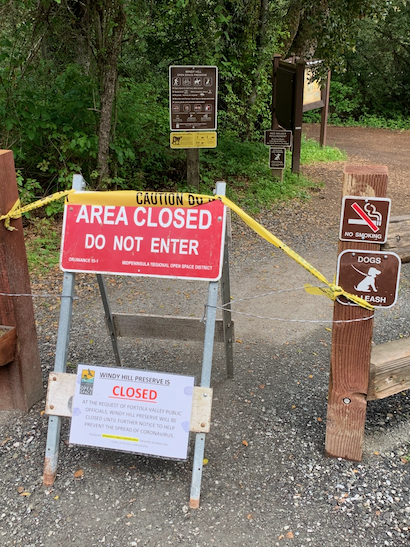 On July 14, 2021, San Mateo County Deputies responded to the Windy Hill Preserve in Portola Valley on a report of a subject laying in the bushes with a rifle sticking out from his clothing.

Sheriff’s Office Enhanced Crisis Intervention (ECIT) Trained Deputies arrived on scene and were able to communicate with the subject. A Deputy with the Unmanned Aerial Systems (UAS) Unit deployed a drone to get a visual of the subject and gather additional information. An ECIT Deputy was able to de-escalate this incident by talking to the subject and detaining him without anyone being hurt.

Santa Clara County Sheriff’s Deputies, California Highway Patrol Officers and Midpeninsula Open Space Park Rangers responded to the scene and worked collaboratively with the Sheriff’s Office during this incident. The Preserve was closed the remainder of Wednesday and is open today.