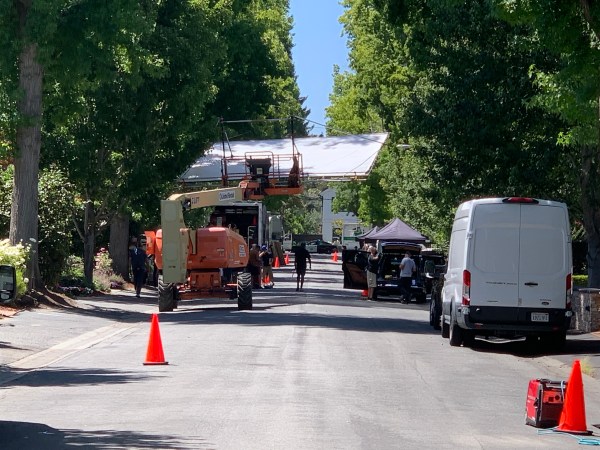 Driving down Oak Avenue this afternoon we saw that Ambar Way was blocked from entry, so we circled around to the Bay Laurel end. It was also  blocked.

We talked to the highway patrol officer on duty, and he said that a house about mid-way on the street was frequently used as backdrop for filming car commercials. A bit of quasi-Hollywood here in Menlo Park…