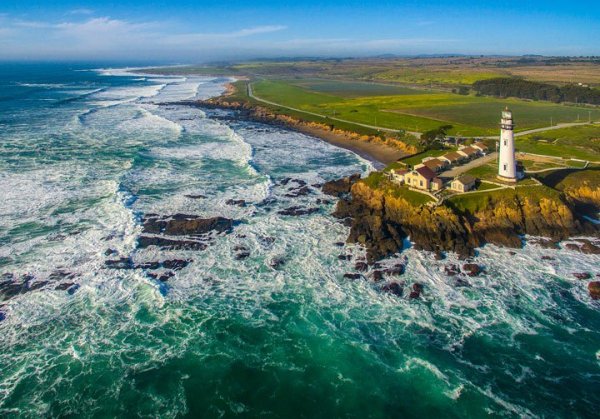 There’s nothing quite like your first visit to the Pigeon Point Light Station,  and I’ll always remember mine, standing in front of the park’s iconic lighthouse as massive winter swells pounded the rocks below. The wild energy there is inescapably palpable, an expansiveness of space matched by the simple strength of the lighthouse — the sentinel above the roar.

Clearly, I’m head over heels. But in all of my visits to this place I’ve never been able to actually step inside the lighthouse, and very few people have in recent years. In late 2001, several large pieces of iron fell from near the top of the tower, weathered from nearly 130 years of dutiful service. This prompted California State Parks to close the structure to the public and for the past two decades, it has remained guarded by a chain-link fence, patiently waiting its renovation.

Earlier this year, the state allocated over $18 million for the complete restoration of the lighthouse. “We couldn’t be more excited to one day soon invite the public back inside” said Linda Hitchcock, senior park and recreation specialist with California State Parks, “it’s the beginning of a new life for this coastal treasure.”

State Parks expects the restoration work to begin sometime next year, and it will likely last at least 18 months. Shoring up the ailing structure is a complex task with crews expected to erect scaffolding up the tower, strengthen its insides with concrete beams, and repair the catwalk, cast iron bracing and guard rails. Replacing the tired roof is also on the list. Fortunately, the surrounding park is expected to remain open during that time, but before you go, a little context is key for a more meaningful experience. 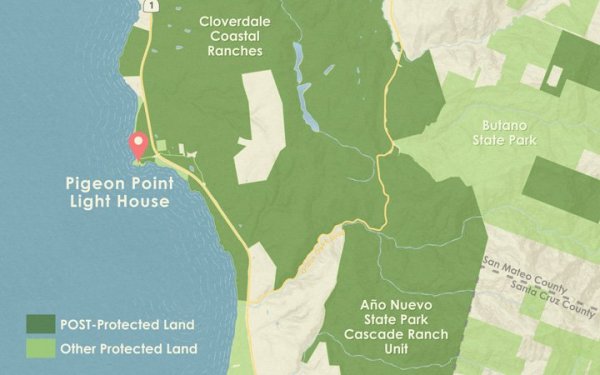 For millennia, many Indigenous groups have called Pigeon Point and the surrounding area home, including the Awaswas, Muwekma and Ramaytush Ohlone. As one of the most prominent points along this stretch of coast — the other being Año Nuevo just to the south — there is a natural shelter on its southern side which provides ideal protection from the prevailing and, at times relentless, northwesterly winds. It has always been a natural place to access the abundance of the life-rich, cool Pacific waters.

In the Spanish and Mexican eras of California, the point was known as “Punta de las Balenas,” or “Whale Point,” after the gray whales that frequently pass offshore on their annual migrations between the Arctic and Mexico. In the late 1800s, Portuguese whalers would hunt these gentle behemoths off the point, hauling them ashore along the protected southern side at what is still known today as Whaler’s Cove.

The discovery of gold in 1848 and the following rush of ship traffic marked a seismic shift in this landscape’s modern history. Vessels of all types were pressed into service to carry gold-seekers and goods to the booming town of San Francisco, and a veritable marine highway developed almost overnight. Eagerly searching for sights of land, many ships ventured too close to shore, learning the hard way just how foggy this coast can be.

One of the most infamous shipwrecks along this stretch of coastline took place on the foggy night of June 6, 1853 when a clipper shipped name the Carrier Pigeon — with a finely-carved gilded pigeon gracing her bow — ran aground just 500 feet from the point’s rocky shore. You can imagine Capitan Azariah Doane’s shock and the ensuing panic as he worked to successfully save the lives of his entire crew. Little did he know that the event would inspire the point’s namesake, the unintended legacy of his newly tarnished career.

Pressure continued to mount on the federal government over the next two decades to build a lighthouse along that stretch of coast. But it wasn’t until sunset on Friday, November 15, 1872 that the sixteen foot tall and two thousand pound French-made Fresnel lens atop the newly constructed lighthouse was lit for the very first time. With the beacon ignited, a new era of maritime navigation along the San Mateo Coast was able to safely take root. 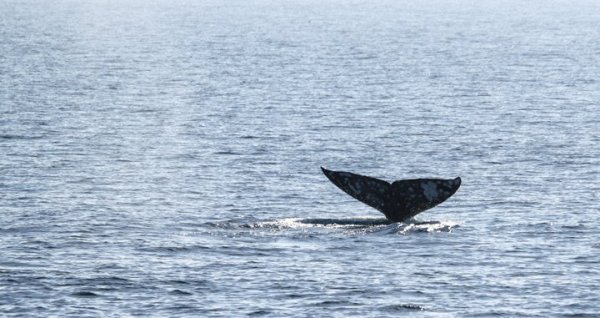 It’s a long drive to Pigeon Point no matter what direction you’re coming from (20 miles from Half Moon Bay and around 40 over winding roads from inland areas like the Peninsula). Plan at least a half day for a proper visit and longer if you have the time. An overnight stay at the Pigeon Point Lighthouse Hostel is the best way to experience this place, affording enough time to really soak it all in.

Day parking here can be crowded at times, so we suggest arriving as early as possible, especially on sunny summer days, to grab a spot close to the lighthouse. The park’s visitor center (Thursday – Monday, 10 a.m. – 4 p.m.) offers stellar educational opportunities, and you could spend hours talking to rangers, reading about the lighthouse’s history and exploring the grounds (the gift shop is also terrific). Half-hour guided history tours are also available upon request (staff permitting) by calling (650) 879-2120.

One of my favorite things to do at this park is to just sit comfortably and enjoy the view of passing wildlife, including gray and humpback whales on their annual migrations (south in November and north in April). But the cornucopia of seabirds seeking refuge on the rocky coast provides ample entertainment. I could sit there for hours, although I’m usually driven away by my energetic kids or the strong and surprisingly chilly northwesterly winds. Pack a few extra layers and maybe a thermos with your favorite warm beverage for an ideal experience.

For our family, a trip to this stretch of coastline isn’t complete without a quick stop at Wilbur’s Watch, a one-mile out-and-back trail on POST-protected Cloverdale Coastal Ranches that offers one of the best views of the lighthouse. And our trip is often complemented with a stop at Pie Ranch (also protected by POST) for a sampling of their deliciously crafted pies — note that slices are not available and you have to buy the entire pie — but it’s worth it! Wash this all down with a warm cup of coffee from Whale City Bakery just down Highway 1 and you’ll wonder why you don’t visit this scenic coastline more often.