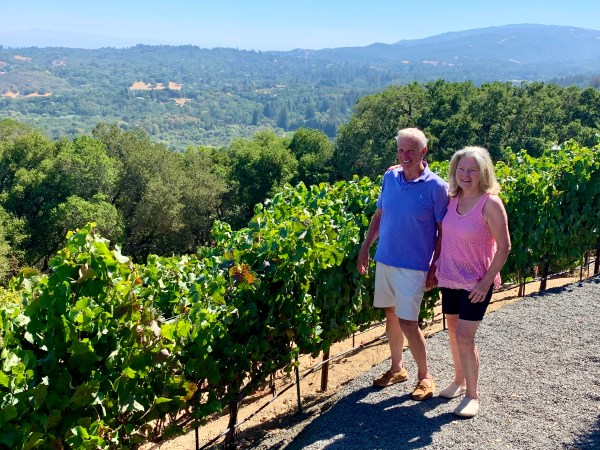 A fortuitous meeting at a recent event in Woodside introduced us to a new winery — Portola Hills Vineyard — and a new Pinto Noir — Redmond. Located at 850 feet halfway up to Skyline on La Honda Road in Woodside, the two-acre vineyard is owned by the husband and wife team of Bud Hoffacker and Annemarie Redmond (hence the Pinot’s name).

Bud and Annemarie are relatively new vintners; they planted grapes from three different clones — grafted Dijon 115 and Pommard vines in 2008 with Dijon 828 planted in 2018. But Bud is likely a familiar name to long-time locals. He grew up in Palo Alto and is the third generation owner of Palo Alto Bicycles (formerly Palo Alto Toy and Sport). 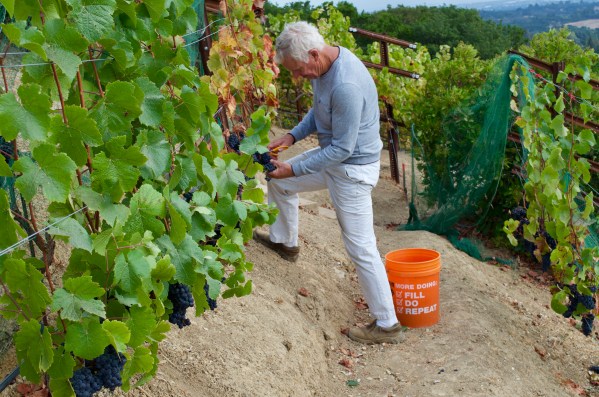 When they purchased the property in 2004, Annemarie and Bud did not envision operating a winery. But they were influenced by Duane Cronin who produced wines nearby until his death in 2007.

Bud, who was trained by Rick Berg of Ridge Winery, does all his own pruning and thinning along with canopy management. “It’s a full time job, three to four months of the year,” he says.

The grapes are grown in clay sandstone soil. “It’s a very big soil with lots of nutrients,” Bud says. “The vines will go down 30 feet looking for water.” 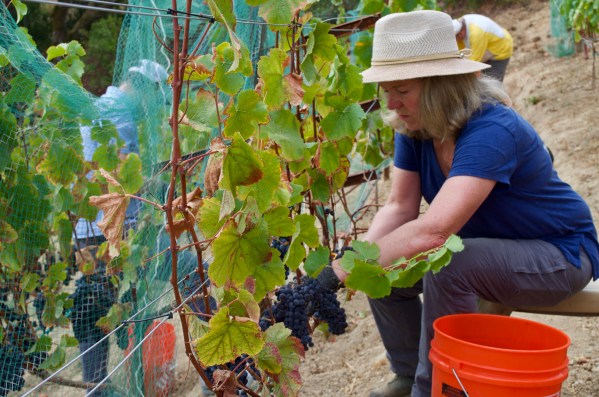 The grapes are taken to nearby Thomas Fogarty Wines, resulting in about 200 cases of estate wine per year made by winemaker Nathan. Our visit took place just after this year’s harvest, which was two weeks later than usual. “The average temperature was cooler this year,” says Bud. “But that was ok with the grapes — they need just a few hot days.”

The different clones each have a distinct taste, according to Bud. “He’s out there tasting berries all the time!” says Annemarie.

The wines are sold through the vineyards’ website but future plans include getting bottles in local stores and applying for a license that allows for member events at the winery.

“People seem to love to get involved with vineyards,” says Bud. “Guess it’s all about the romance of the vines!” 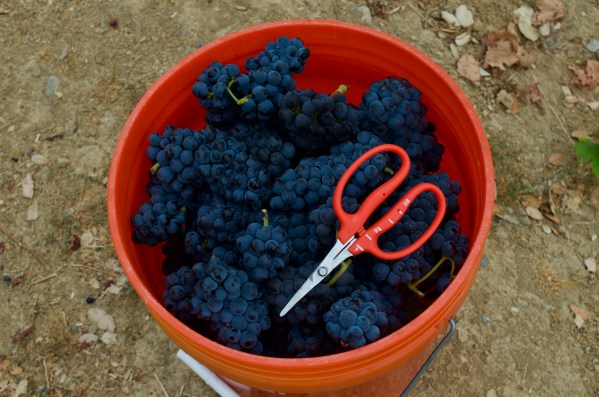