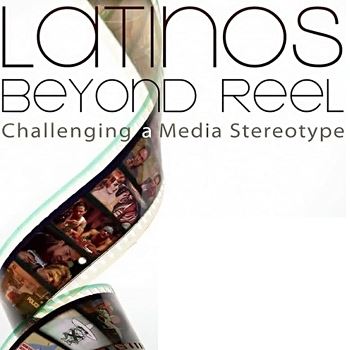 View the film Latinos Beyond Reel from October 1- 15 at your convenience, and join the Menlo Park Library on Monday, Oct. 11 to meet one of the directors. Sign up for the discussion.

Latinos are the fastest-growing segment of the U.S. population, and among the most diverse, accounting for one-sixth of all Americans and tracing their origins to more than 20 countries. They are also a rising force in American politics.

Yet across the American media landscape, from the broadcast airwaves to cable television and Hollywood film, the reality and richness of the Latino experience are virtually nowhere to be found.

In Latinos Beyond Reel, filmmakers Miguel Picker and Chyng Sun examine how US news and entertainment media portray—and do not portray—Latinos. Drawing on the insights of Latino scholars, journalists, community leaders, actors, directors, and producers, they uncover a pattern of gross misrepresentation and gross under-representation: a world in which Latinos tend to appear, if at all, as gangsters and Mexican bandits, harlots and prostitutes, drug dealers and welfare-leeching illegals.

The film challenges viewers to think critically about the wide-ranging effects of these media stereotypes, and to envision alternative representations and models of production more capable of capturing the humanity and diversity of real Latinos.