After-School STEAM: The Bugs of Pokémon is set for October 21 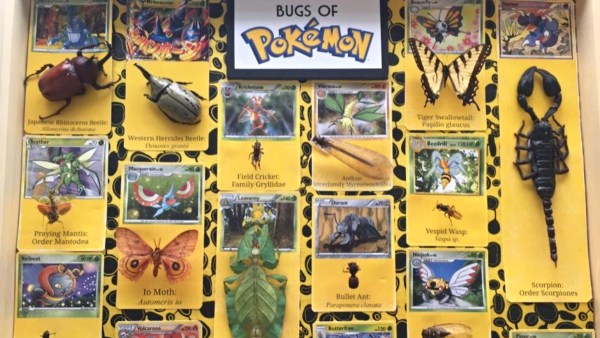 For grades K-8: It’s something cool after school, as Beetlelady Dr. Stephanie Dole leads a lesson in Entomology through the lens of Pokémon on Thursday, October 21 from 4:00 to 5:00 pm. Register online.

The creator of Pokémon, Satoshi Tajiri, spent his childhood collecting bugs in the Japanese countryside. His love of bugs can be seen throughout Pokémon from the buggy pocket monsters that were inspired by real insects and arachnids, to the Pokémon attacks and abilities that actually exist in the real world.

Come learn about the bugs that inspired Pokémon, and how the game of Pokémon and the science of Entomology are alike!

About the Beetlelady
Stephanie A. Dole, Ph.D. has been educating the public about insects since 1997. She holds a Bachelors Degree in Entomology from University of California, Davis; and a Ph.D. in Entomology from Michigan State University. Dr. Dole’s broad experience as a scientist, educator, and researcher includes extensive field work collecting and studying insects in the Ecuadorian Amazon, Guyana, Thailand, the Sonoran Desert, the Sierra Nevada and throughout California.