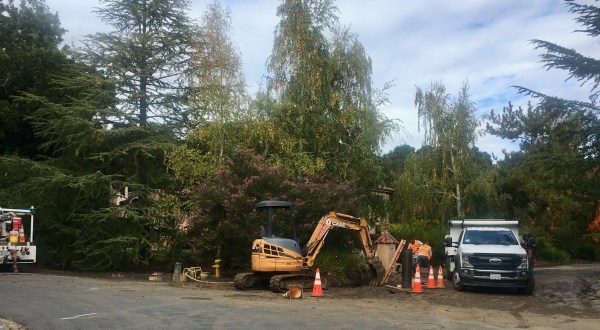 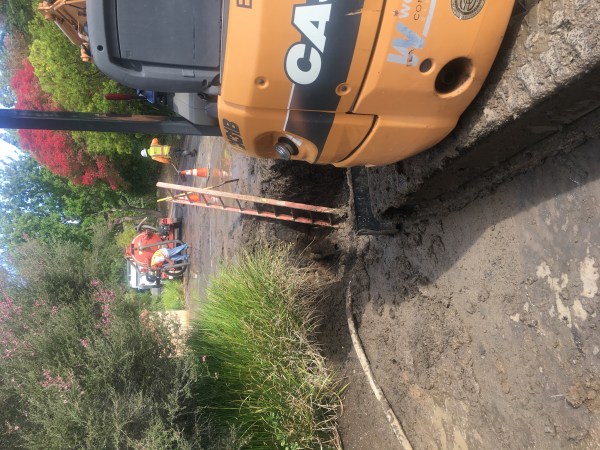 Cal Water is working to repair a watermain break on Catalpa Dr. in Atherton’s Lindenwood neighborhood between James and Irving. Water has been shut off in the area and is expected to be off until late this afternoon. Yesterday there was a watermain break on McCormick Lane.

“[when photos were taken they were] They were waiting for valve part from a Redwood City yard, before work can be done. Manny Michel from the water company is hoping to be done by dark. So much water and pressure that a little digging was needed. Parts of the steel pipe were blown out and on street.”