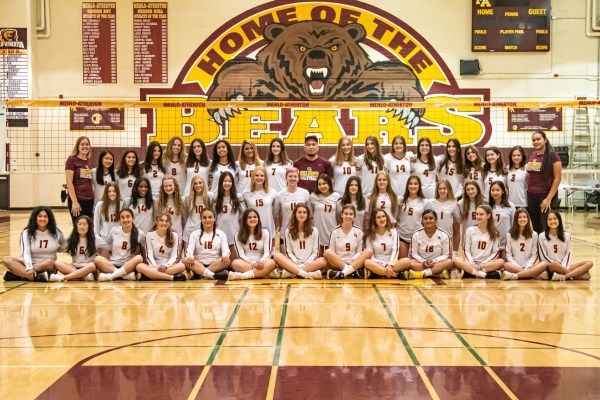 All three Menlo Atherton High School Girls Volleyball teams have been busy collecting food and basic necessities for the Ecumenical Hunger Program. The players know that there are families, even at M-A, who benefit from the services EHP provides the community.

Senior Adrianna Tokic spear-headed the project, collecting  basic food and necessities the filled two SUVs and so far raised over $2000 in donations

Some of the funds came from M-A volleyball Senior Night against San Mateo where the seniors won with a score in five sets, 26-24.

“I’ve done other service projects such as with theBoys and Girls club and M-A’s canned food drive,” said Adrianna. “This was just a great opportunity to take on a leadership role. Next up for me is participate in this year’s canned food drive.”