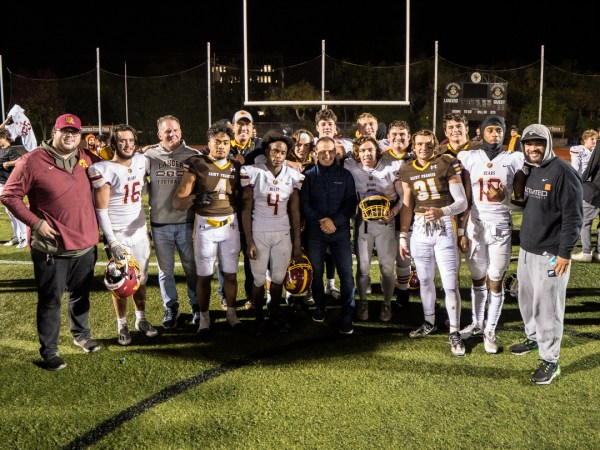 A fun side note to last Friday’s football game is the fact that players on both the St. Francis Lancers and Menlo-Atherton Bears teams were once on the same 2017 Pop Warner team that went to the Pop Warner Super Bowl in Florida.

St. Francis came out on the winning side, 49-28, in a game that observers say was closer than the final score.

Pictured in addition to the players: In maroon M-A shirt: Tristan Romo; Scott Evars is in gray sweatshirt; Dom Andrighetto is in the blue jacket; in the hoodie is Lopeti Taufoou.