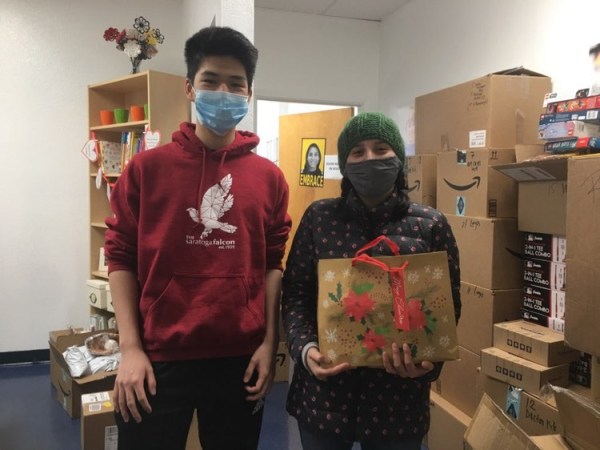 This year’s holiday drive for the Ravenswood City School District (RCSD) has gotten a much needed boost, thanks to the Silicon Valley Youth (SVY) organization. Continuing its mission and long-standing support of the RCSD, the group is donating $13,350 to provide gift cards to the district’s 6th-8th graders. This donation – their biggest yet – marks the fifth consecutive year that SVY has provided gift cards to help brighten the holidays for the district’s underserved students and their families.

“We are so grateful for the gift cards for our middle school students. These cards give our students the opportunity to express themselves and purchase something special this holiday season or show their generosity and buy a gift for a family member!” said Cesar Chavez Ravenswood Middle School Principal, Amanda Kemp.

The donation is only the most recent example of SVY’s commitment to RCSD. Since its founding by high school-aged brothers in 2015, the organization has been a strong partner to the district. Its projects have included an annual writing contest, as well as support for math contests and the district’s arts and music programs. Since its founding, SVY estimates it has donated more than $84,000 and 3,000 service hours to the district.

“Seeing those smiling faces really keeps our organization going and motivates us to contribute more to our community,” said Leo Yang, the president of SVY, one of Bay Area’s largest student-led nonprofits. The organization recruits qualified high schoolers to teach after-school classes and donates the revenue to underprivileged students.

With the middle school students taken care of by SVY, the Ravenswood Education Foundation, which runs the drive, can focus its community efforts on providing toys to elementary-aged students. Want to help? There’s still time to donate, including via Cheeky Monkey, before the 12/10 deadline. Get details here.

Photo is from 2020 gift card drive