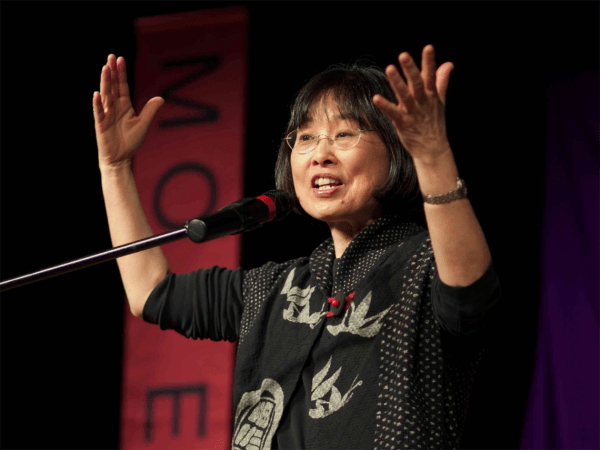 In 2005, Anne Shimojima interviewed her 91-year-old aunt about her experiences in an incarceration camp in World War II. From this, Anne developed her family story, which she presents with photos from her family and the National Archives to tell the story of a Japanese American community devastated by war but surviving with perseverance, determination and incredible strength. This Menlo Park Library talk takes place on Wednesday, February 16, from 6:30 to 7:45 pm. Register online.

Anne  is a third generation Japanese American, born and raised in Chicago, Illinois. An award-winning elementary school library media specialist of 35 years, she first discovered the power of story with her students, using storytelling to enrich and expand the curriculum and develop a deep emotional connection with her listeners.

Anne became a professional storyteller in 1982. She taught graduate courses in storytelling for National-Louis University, and for eight years served on the board of the Wild Onion Storytelling Festival in Chicago.