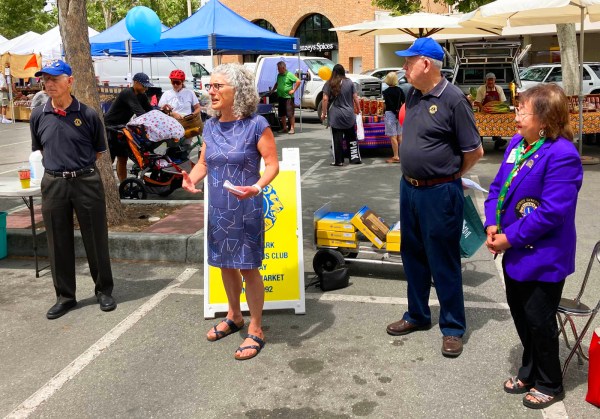 We were out of town yesterday when the Menlo Park Farmers Market celebrated its 30th anniversary, but long-time supporter Jitze Couperus was there and snapped some photos.

Below Fanny presented an award to Margaret Carney, recognizing her role in founding the market and supporting it through the years 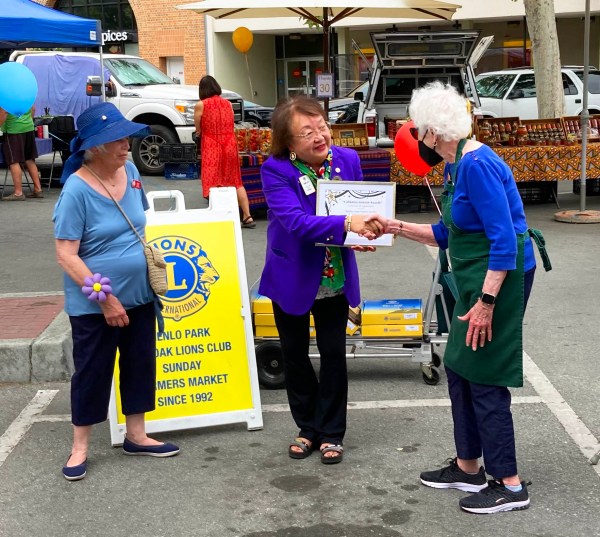