Love Without Freedom: Juneteenth Storytelling with Muriel Johnson on June 16 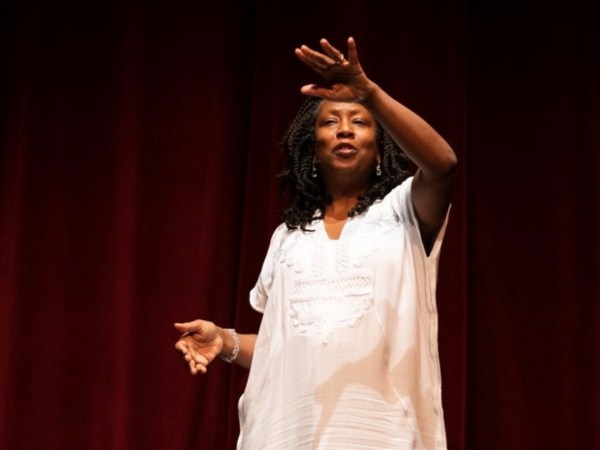 Despite the ever-present threat of separation, the bonds that enslaved African Americans held were never easily severed. On Thursday, June 16 from 6:30 to 7:30 pm,join Muriel Johnson as she shares uncommon stories from the 1800s of African Americans navigating love, family and desires of the heart while their bodies were held in captivity. Register via Zoom.

Muriel was born and raised in Salisbury, Maryland. She grew up in an environment where language was celebrated. Her mother was an English teacher, actress and avid reader. As a child, Muriel would sit in awe as her mother would read, tell stories, sing songs and recite nursery rhymes. By the age of five Muriel had acquired an extraordinary vocabulary, soaring imagination and gift of expression. It was only natural that when Muriel became a mother and a teacher that she was compelled to share the same way her mother had shared with her. She is the mother of three children and has been an Early Childhood Educator for 27 years.

Muriel recently relocated to New England from the San Francisco Bay Area. As a professional storyteller, she has performed at pre-K and elementary schools, churches, museums, colleges, festivals and countless other venues from Wyoming to West Africa and California to Cape Town, South Africa. In 2014, Muriel was a featured teller at the renowned Sierra Storytelling Festival in California. In 2017, she had the distinguished honor of emceeing the festival. Adding author to her repertoire, in 2021 Muriel published her first children’s book, We Sing Like This.