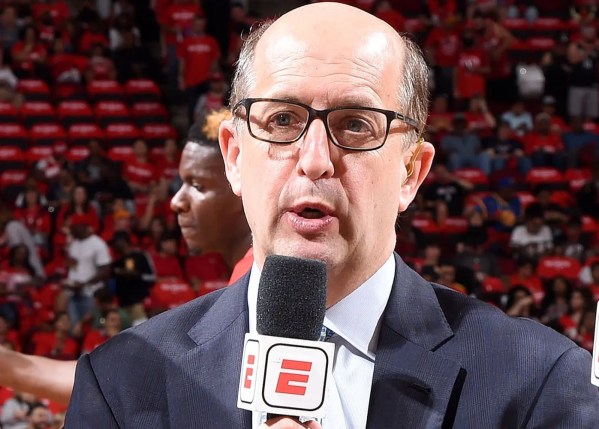 “I have been doing some research for the next CSM Hall of Fame and in chasing down some personalities from the past, I happened on to the Menlo College Athletic Hall of Fame and found this item about Jeff Van Gundy, one of the color commentators on the NBA playoffs:”

Jeff Van Gundy spent just one season in Atherton, but his story is legendary. After failing to make the freshman team at Yale University, Van Gundy transferred to Menlo and gained much of his knowledge of defense from legendary head coach Bud Presley. Van Gundy set a school record by shooting his free throws with 90% accuracy during the 1981-82 season.

While he has been away for a while, Van Gundy still has been active in the school, including attending the memorial service of the late Coach Presley.

Van Gundy would go on to spend 11 years as head coach in the NBA, amassing a 430-318 overall record with the New York Knicks and Houston Rockets. After his coaching days, Van Gundy transitioned into the broadcast field where he has been an analyst for ESPN since 2007.