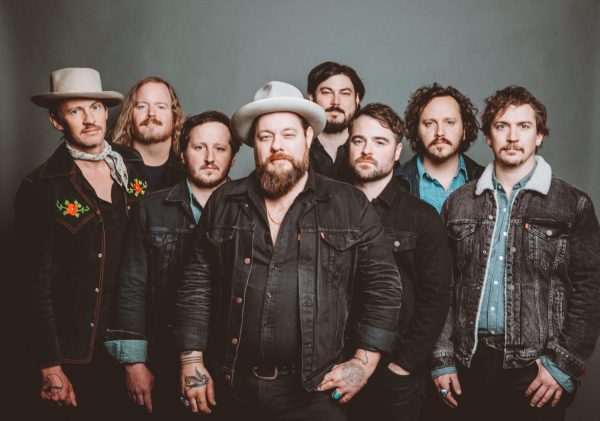 Musicians Nathaniel Rateliff & The Night Sweats are set to play an intimate concert at the newly renovated Guild Theatre on Tuesday, August 16. All proceeds from the concert will go to the musicians’ foundation, The Marigold Project, supporting issues of economic, racial and social justice.

A limited number of tickets for Nathaniel Rateliff and the Night Sweats on August 16 will be released this Friday, July 29, at 12:00 pm: https://bit.ly/NRGuild.

The show at the Guild comes after the band plays two iconic venues; the Greek Theatre in Berkeley on August 13 and the Hollywood Bowl in Los Angeles on August 14.

“We are beyond thrilled to be the first show in this series, and to have the opportunity to give away exponentially more money this year as a result,” says Kari Nott, executive director of The Marigold Project. “Our very first grant in 2017 supported farm workers in California. Drew and The Guild family are building something very special for their neighbors and we can’t wait to kick things off next month.”

The concert marks the first Doing Good At The Guild concert, a series of shows whose mission is to help raise money for artists’ charitable entities.

“As a nonprofit, our mission is rooted in trying to help artists however we can,” says Drew Dunlevie, president of The Guild Theatre. “We’re delighted they’re going to be out here playing the Greek in Berkeley and the Hollywood Bowl, so we can grab an off night and support the important work Nathaniel and the Night Sweats are doing with The Marigold Project.”

More Doing Good At The Guild shows will be announced in the near future.