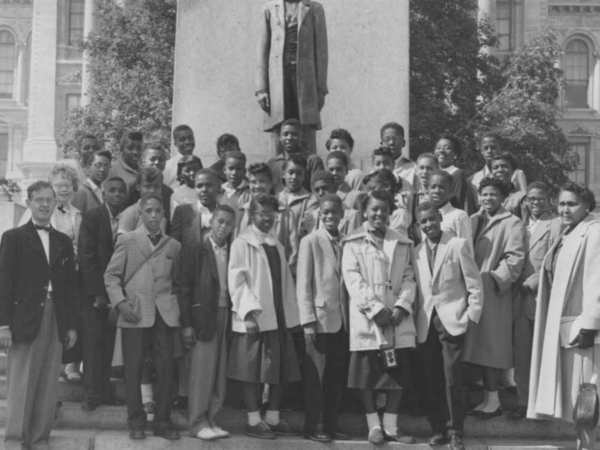 Struggles over history, representation, and race are far from a new phenomenon: in A Worthy Piece of Work: The Untold Story of Madeline Morgan and the Fight for Black History in Schools, scholar Michael Hines shares the story of Madeline Morgan (later Madeline Stratton Morris), a teacher and an activist in WWII–era Chicago, who authored curricula that bolstered Black claims for recognition and equal citizenship.

Morgan’s work gained national attention and became a model for teachers, schools, districts and cities across the country. On Monday, August 8, from 6:30 to 7:30 pm, Dr. Hines provides an understanding of the ways in which Black educators have created counternarratives to challenge the anti-Black racism found in school textbooks and curricula.

This free event is presented by the Menlo Park Library.