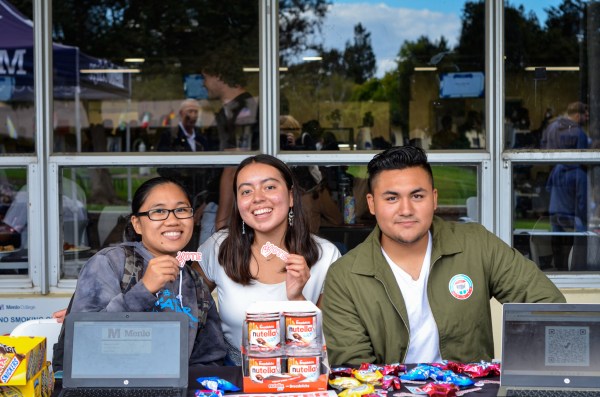 Menlo College and the League of Women Voters of South San Mateo County will host an Atherton City Council candidate forum next Tuesday, October 18. The forum starts at 7 p.m. in the College’s Russell Center, in El Camino Hall, at 1000 El Camino Real in Atherton.

The event is being organized by the Menlo Civic Engagement Coalition, a group of students working to increase student civic engagement and voter participation.

Coalition co-leader Diana Guardado, a senior majoring in Political Science, said she’s excited about bringing the local community to campus to engage with the candidates and with students. “Menlo College is part of Atherton, and we’re proud to provide this opportunity for our neighbors to get to know the candidates,” she said. 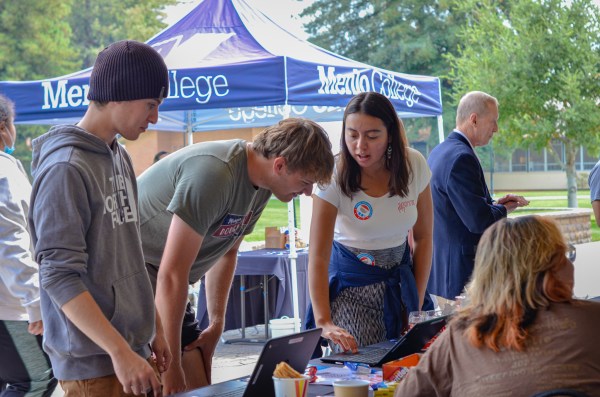 Coalition co-leader Angielyn Dela Cruz, a senior majoring in Psychology, also voiced enthusiasm for the event. She noted, “What the city council does affects our lives as Menlo students, so we want to hear what these candidates plan to do if they are elected to represent us.”

Two candidates from that election, current Mayor Rick DeGolia and Vice Mayor Bill Widmer, are running for reelection. The other two candidates are Stacy Miles Holland and Gregory Conlon.

Michelson noted that Menlo College students, as well as resident faculty and staff, are the largest voting bloc in the city. “Hundreds of eligible voters live here on campus, and there are only about 5,000 voters in the city overall. That means votes from the Menlo College community can decide this election,” Michelson said.

The forum will be moderated by Guardado and Joshua Villalva, a senior majoring in Management. The students will pose questions prepared by the co-hosts and their fellow students, as well as written questions from the audience. League of Women Voters staff will help organize audience questions. Candidates will also have the opportunity to make short opening and closing statements.

“We look forward to hearing what the Candidates have to say about issues relevant to Menlo students today and the years to come,” said Vallalva.

Menlo College is also hosting a polling place for the November 8 election, also in the Russell Center. Eligible voters from anywhere in San Mateo County can drop off their mail-in ballot at the voting center, or use the voting machines.