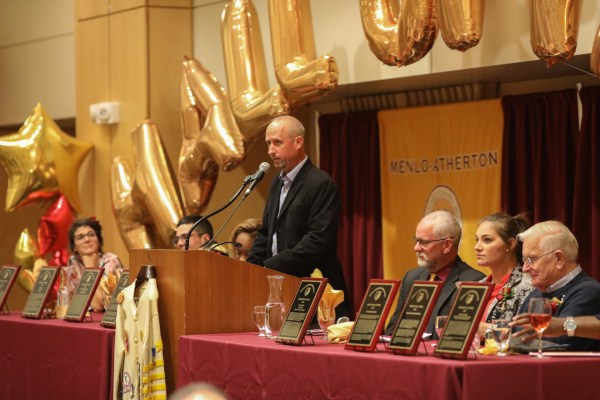 Menlo-Atherton High School held the 2022 Athletic Hall of Fame induction ceremony on Saturday, October 15. The ceremony included presentations from Athletic Directors Paul Snow (pictured) and Steven Kryger as well as speeches by the inductees, and remarks from Principal Karl Losekoot.

The Hall of Fame’s mission is to recognize those athletes, coaches, teams and community service individuals who, through their dedication, contributed immeasurably to M-A athletics.