Hyde front yard is chock-a-block with ghouls and goblins 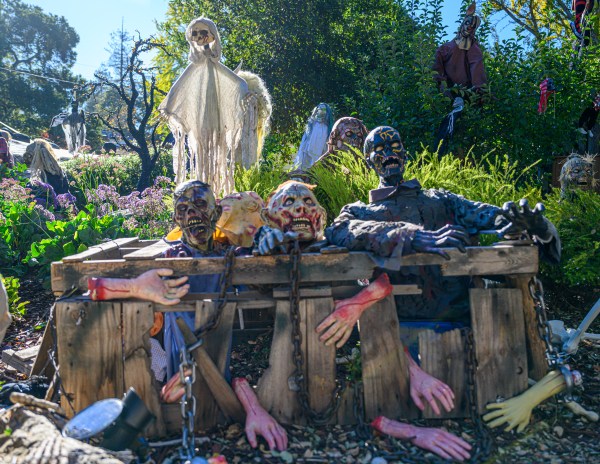 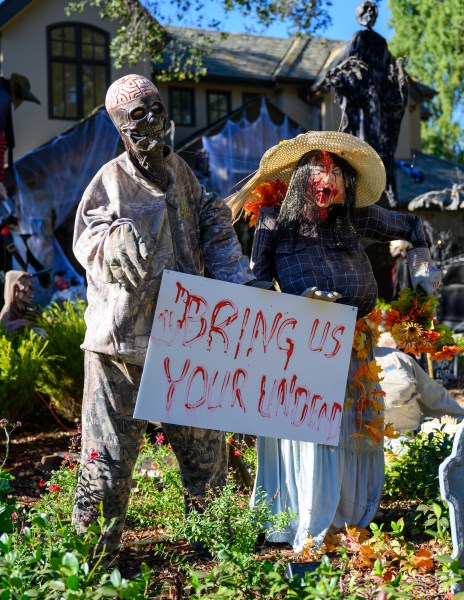 The challenge is the same year after year: How to select photos that best show Menlo Park’s most ghoulish front yard. There is so much to see in the Hyde household’s display on Laurel St. between Glenwood and Encinal it’s almost impossible to chose from the great selection taken by InMenlo contributing photographer Robb Most.

Greg Hyde told us that there are between 35 and 40 characters this year. He started planning the yard in July combing Savers and thrift stories.

“Some of my older characters have degraded at bit,” he said. “For example, this year I only have the presidents’ heads.”

While it might be argued that the figures are best viewed in the daylight, Greg does light the yard up at night with spotlights and strobes.

Greg let us know about one major disappointment: a figure was stolen from the yard earlier this week — the first time that’s ever happened. He’s hoping the goblin-napper will return it. 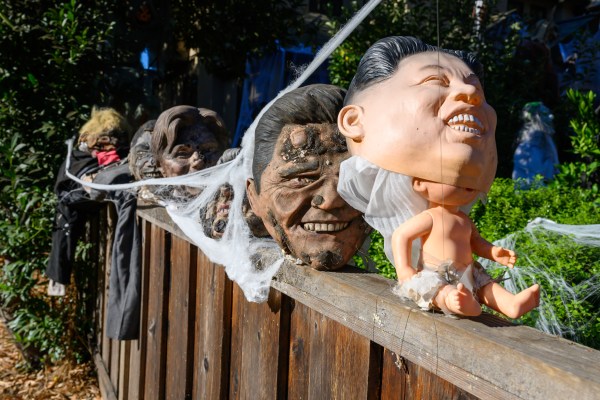 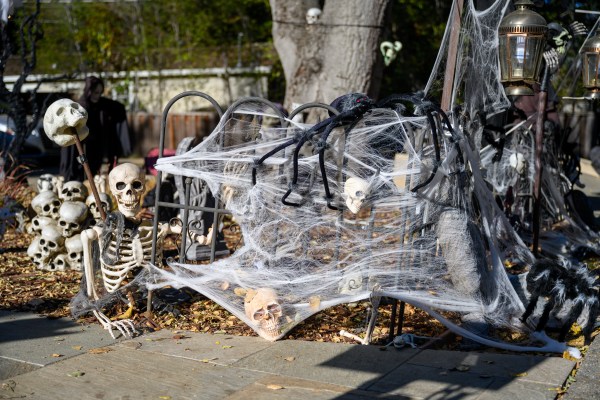