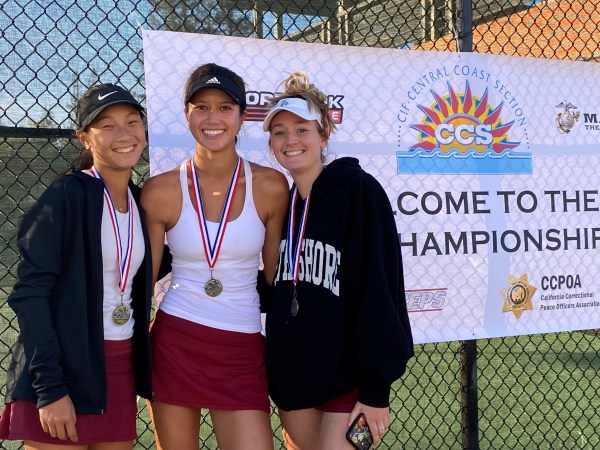 The Bears doubles team rallied through a tough first round match against cross-town rivals Andra Braicu and Izzy Klugman from Menlo School. After defeating Menlo in straight sets, Eva and Tessa handily beat Crystal Springs Upland and Evergreen Valley to advance to the finals where they triumphed over Monta Vista also in straight sets.

Ava played another tough match against top-ranked player Gayathri Krishnan. She looks forward to furthering her tennis career at the University of Wisconsin.

All three girls have been playing sectional and national tennis tournaments on the USTA circuit for several years prior to teaming up at M-A. Led by long-time head coach Tom Sorenson, the girls enjoy his support and the camaraderie of the Varsity team in an otherwise non-team sport.