A half dozen or so local athletes — mainly football players — revealed their college commitments on Wednesday as early signing day began (it runs through Friday). Here’s a list of athletes from Menlo-Atherton High School and Sacred Prep.

As expected, receiver Jurrion Dickey (pictured top #13), who was injured much of the season, is headed to the University of Oregon.

Offensive tackle Soane Faasolo choose the University of Washington early on and stuck with it.

Defensive lineman David Tangilanu will play for BYU after completing his Mormon mission. 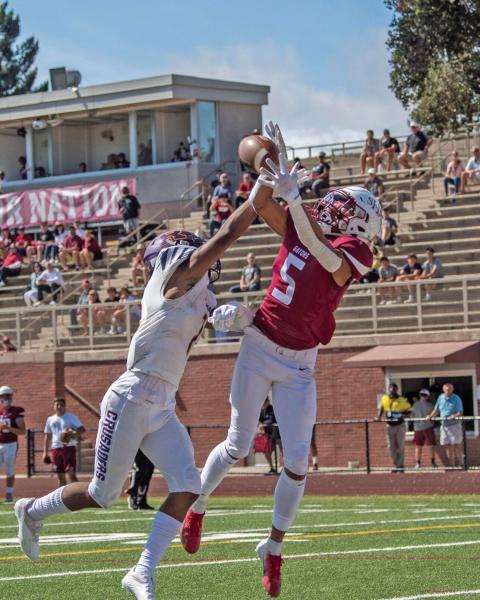