Filoli is featured in the Season 27 premiere of Antiques Roadshow 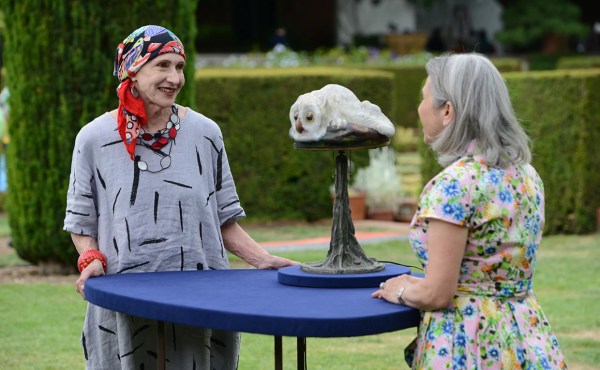 PBS’ Antiques Roadshow will kick-off the 2023 season on January 2, 9, & 16 with three episodes filmed at Filoli in Woodside.

“It was an incredible day of filming,” Says CEO Kara Newport. “Over 3,000 pre-selected guests were welcomed with treasures in hand while we were closed to the public.” Newport reflected on the day of filming noting “Filoli staff and the Antiques Roadshow crew were prepared for anything! Despite a heat wave, and a power outage that lasted all day, filming went off without a hitch.”

According to Antiques Roadshow, fascinating Filoli finds include a “1928 English sterling silver horse, a Pairpoint puffy owl lamp, ca. 1907 (pictured), and a 1967 Ansaldo Poggi viola.” The story of the viola is “almost unheard of” according to the appraiser, who values the beautiful instrument at a whopping $200,000-$330,000!

More treasures found in the hunt at Filoli include a 1976 Apple-I operation manual mock-up for the Apple-II computer; a piece of Silicon Valley history that was rescued from the trash and inspired awe in those who might wonder if the acclaimed tech founder Steve Jobs may have actually touched and worked on this early manual.