A Bubble of a Children’s Store 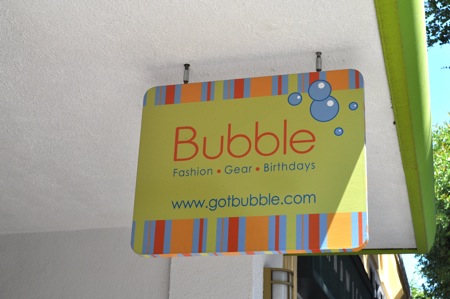 Decades ago there was a good selection of men, women’s and children’s stores on Santa Cruz Avenue but by the 1990s they’d largely disappeared as the “all things home furnishings” wave hit downtown Menlo Park. But in the last five or so years, they’ve enjoyed a rennaissance. One relative newcomer is Bubble, a children’s store offering “cool and funky threads, gear and accessories, toys and free play” opened by Marina Levy in 2008.