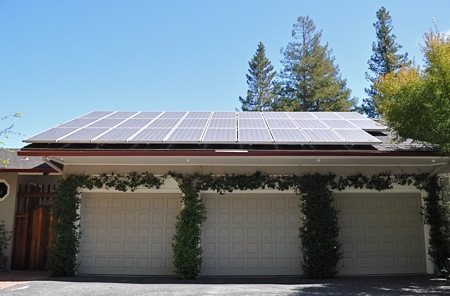 When the Northern California Solar Energy Association (NorCal Solar), a non-profit solar education organization, released the latest findings on the significant growth of solar energy installations for 163 cities in 10 Bay Area counties during 2008., Menlo Park found itself in second place in solar systems per capita but further down the list at 11th in watts per capita generated by solar power.

Interestingly, the Bay Area is responsible for 40% of the California’s new systems installed and 31% of the total megawatts added. One Menlo house flexing its solar power was spotted on Oak Dell Avenue.