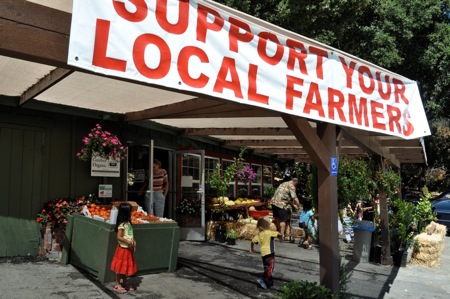 The Webb Ranch acreage may be on Stanford land but  its bounty – and that of other local organic farmers – is on display at its produce stand on Alpine Road in Menlo Park. It was a second generation Webb – Stanley – who first opened the stand in 1961, although the family had been farming the land since 1922. The Webb Ranch fields are CCOF (California Certified Organic Farmers) and CAFF (Community Alliance with Family Farmers) compliant. Both its U-pick berry operation and pumpkin patch attract Peninsula families year after year. Operating months are usually April through November, although a Christmas tree lot opens Thanksgiving weekend.