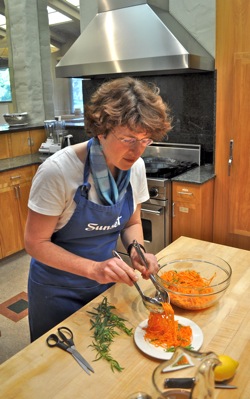 It was a big treat for InMenlo to check in this week with Sunset associate food editor Elaine Johnson at the magazine’s offices in Menlo Park. She showed off  Sunset’s test kitchen (left) and took the visitor on a tour of the herb garden.

Not many suburban towns have a magazine with the national – if not worldwide – reputation of Sunset, which opened its headquarters  here in 1951 (following a little more than half a century in San Francisco) – making it a Menlo mainstay. 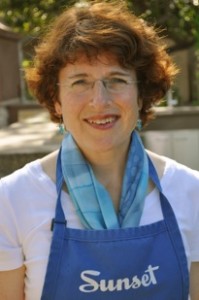 For those wanting to take a trip down memory lane (at least through 1998, which marked the magazine’s centennial) Stanford University’s online library has all the details plus a fun look at covers through the years.