Irish invade for last tailgate of the season 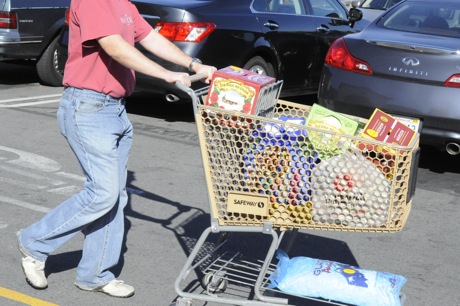 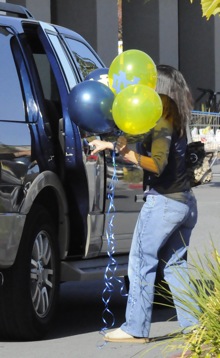 The Safeway on El Camino in Menlo Park is just a mile from Stanford Stadium and was bustling this morning in anticipation of the last tailgate of the season before kick-off at 5:00 pm. And while one Cardinal fan found it the ideal spot to stock up on beer and ice, the supermarket was not overlooking the rewards of catering to Notre Dame’s loyal fanbase by having gold (ok, yellow but it’s the thought that counts) and blue balloons. (No, the Fighting Irish color is not green as many people assume, but that color has been worn on a number of occasions. according the the university’s athletic site .)