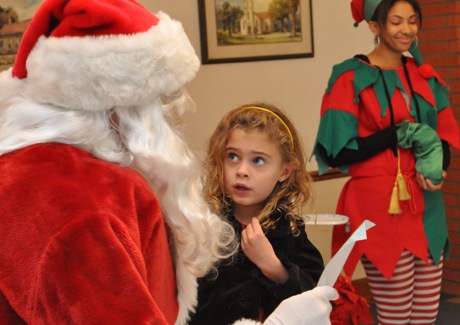 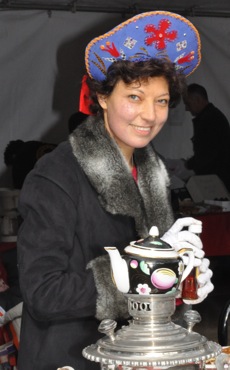 Breakfast with Santa kicked off the day at the Recreation Center in Burgess Park this morning. Menlo firefighters stood by as children presented their wish lists to Santa and his elf.

Later in the morning, the Russian Orthodox church annual Christmas bazaar debuted, featuring free and very inexpensive gifts for adults and children (for which there were many takers), as well as coffee and tea provided by colorfully costumed servers. Attendees could also purchase Russian crafts and food and tour the lovely church, one Menlo’s hidden gems.