Arista: Menlo startup with head (solidly) in the cloud 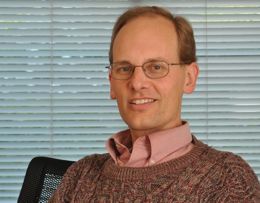 Arista Networks is a Menlo Park-based startup that aims to make the “cloud” a much friendlier place for impatient internet users tired of choppy, halting YouTube video and slow-loading web pages.

An interview with Arista VP and co-founder Ken Duda recently brought great clarity on this issue to interested observers here at InMenlo. The internet explosion has resulted in a dramatic shift in the way servers are managed. Previously, each business hosted its own servers on premises and relied on ISPs to connect them to the internet, which worked OK in the days of simple HTML pages. Modern video- and podcast-laden multimedia pages have required a whole new architecture. Businesses now outsource their servers to gigantic hosting facilities that house tens of thousands of servers. This paradigm shift not only reduces costs (and allows businesses to focus on their core business rather than IT), but can mean better performance, since servers may be located physically close to each other, minimizing network delays.

The latest generation of data center – which can house millions of servers in facilities located close to hydroelectric dams and other giant power sources – have outgrown the traditional network architecture that has served the internet well up to this point – and made the fortunes of networking companies like Cisco and Juniper. Data centers now find themselves needing networking components that have, in the recent past, only been available as exotic prototypes in the nation’s supercomputing labs. The market for these very high-speed, ultra-low-latency switches is doubling every quarter, according to Duda.

Enter Arista, the startup that offers state-of-the-art ethernet switches built on commodity hardware and its EOS (Extensible Operating System) built, in turn, on open-source Linux. Arista’s switches offer an order-of-magnitude server-level performance increase at prices that are highly competitive with currently-available, traditional-architecture hardware. It’s the classic Silicon Valley play: the better mousetrap, at the right time and the right (low) price. Which is exactly what Silicon Valley veteran, and Arista co-founder Andy Bechtolsheim and his crew at Arista are counting on.