Bee bust brings out the crime tape in downtown 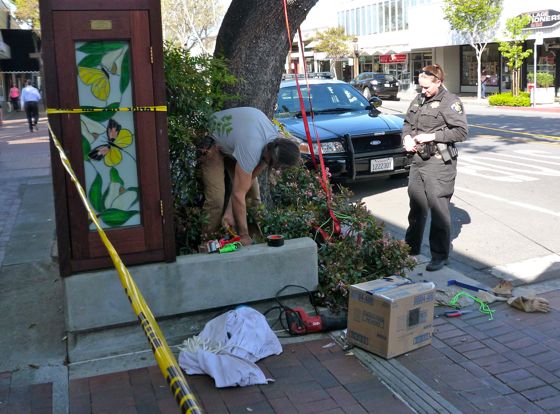 A softer shade of yellow – as in yellow jackets, or maybe wasps – caused another kind of riot on Friday afternoon in downtown Menlo. Seems a hive had taken up residence in the shrubbery in front of La Boulanger on Santa Cruz Avenue. While a Menlo Park  police officer stood guard and the angry bees flew up and down the block, an exterminator worked to bring the situation under control.