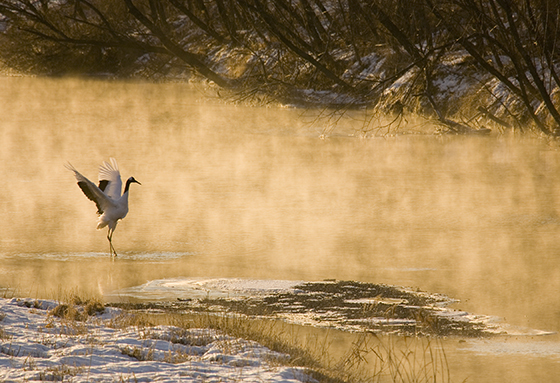 When Menlo Park’s Susan Carnahan retired from her job as a corporate attorney at HP, she already knew what her new career would be – travel photographer. But then on a trip to Hokkaido, Japan, she met and became enamored of the cranes that roost there, producing some wonderful images, like the one above. “I was really set on becoming a travel photographer, but then I met the cranes and fell in love,” she says. 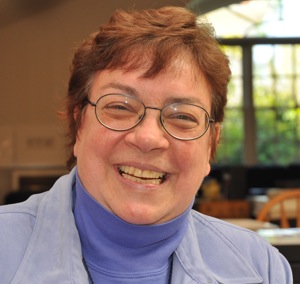 Now, the peripatetic photographer spends her time pursuing cranes everywhere from Lodi to Siberia. “I’m  getting low-temperature gear – like snow pants – together for a Siberia trip,” she says, “but I don’t think my husband is going to come along on this one. He doesn’t do 8 degrees.”

Susan’s workspace is dominated by a massive HP printer, on which she is now experimenting with images, including the cranes, printed on silk and canvas – to great effect, in this observer’s opinion. “If you watch the cranes you see that they really love to dance,” she says, “and a little preening is OK, too.”

Susan’s award-winning work has appeared in group and solo shows in the U.S. and Russia. Her 22-image exhibit “Japan: Nature in Winter” is at the Woodside Library (3140 Woodside Rd.) through April 29. This Saturday, April 10th, she’ll be giving an artist’s talk followed by a reception from 3:00 to 4:30 pm.