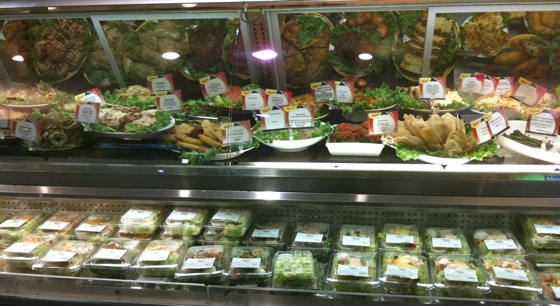 But before we get to that question, here’s a portrait of our residents’ annual spending ways: We spent $84,357 per household, which is, according to the Bundle data, 123% more than the national average. The top spending suburb is listed as Kenilworth, Ill. at $150,340, one of four Illinois suburbs on the list.

Represented were the usual suspects from New York and Connecticut – Armonk and New Canaan as example. But more intriguing was the list of six California suburbs – Palo Alto (25), Newport Beach (24), our fair city (23), Beverly Hills (17), Los Gatos (13) and Los Altos (12). That, of course, begs the question: Whither Atherton, Hillsborough and some of the tony towns of Marin?

The only clue is revealed in Bundle’s explanation of its data analysis: “Bundle examined 305 cities and suburbs across the U.S., with additional [InMenlo note: missing word here?] on those suburbs surrounding major cities such as Los Angeles, San Francisco, Seattle, New York, and Chicago, among others.

“The same methodology applies here as it does to all of Bundle’s data. Our numbers are based on data compiled from Citi, the U.S. government and third-party research. As frequent Bundle community members know, the spending data does not include mortgage and rent, so we’re looking at consumer spending habits across categories including Food & Drink, Shopping, Health & Family, Travel & Leisure, Getting Around (auto and gas), and House & Home-related expenses.”

There’s probably agreement that Menlo has plenty of places to spend money on food, including the Draeger’s deli department (pictured.)