Menlo’s Our School wins at May Fète parade 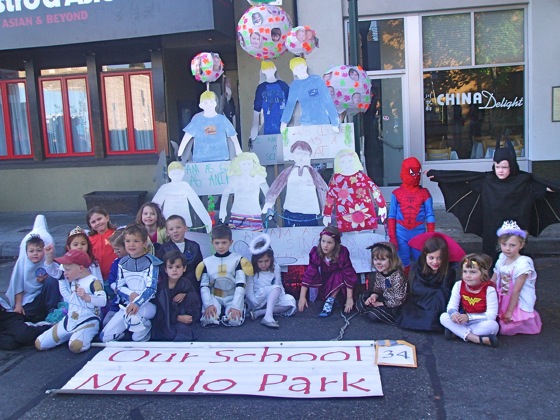 The parade may be hosted by a neighboring town, but for Our School’s Young Fives and After School program, the tradition is truly a Menlo Park one. For 13 years, Menlo Park-based Our School has participated in Palo Alto’s annual spring event, often winning awards for the colorful and clever floats that are masterminded by school director Michele Barry.

And this morning didn’t disappoint, with Our School taking the Parade Theme Award. Its float, which featured life-like cut-outs of the students, was inspired by the popular children’s book I’m as Quick as a Cricket. The float, accompanied by the costumed kids and their families, truly captured the spirit of Free to Be…Me, this year’s parade theme.

Ask the kids, and they’ll tell you that designing the float and choosing what to wear was almost as much fun as marching in the friendly, low-key parade. That they were learning about what makes each of us unique was just an added bonus!

Wow, what a bunch of really cute kids!