For Pam Salvatierra, it’s all about community building 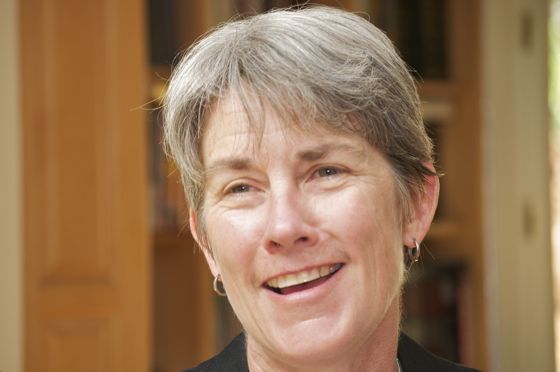 One of the first things Pam Salvatierra did when she moved from the City to Menlo Park in 1994 was get to know her neighborhood. For Pam that meant creating community, first by reviving the Welcome Wagon tradition, then by  forming a Neighborhood Watch group and organizing Disaster Prepardedness teams.

“Last summer we held a big disaster awareness drill right here in the neighborhood,” she says. “The earthquake simulator van came out and we set up a command center. After all, your readiness is only as good as how well prepared every body else is.”

These types of community building efforts are what fuels Pam’s passion, and the resulting connectedness was never higher than it was following the election of President Obama. Pam was active in the 6,000-member volunteer group, Silicon Valley for Obama. Like many others involved with the campaign, she didn’t want to lose the friendships formed nor forget the lessons learned.

From a ‘what-do-we-do-next’ town hall-style meeting emerged a new non-profit group, the Silicon Valley Action Network. “As much as we try to stay out of partisan politics [the group is officially non-partisan], SVAN came together around politics,” Pam explains. “So advocacy is our biggest interest area, even though we haven’t quite decided how exactly we’re going to advocate. For example, whether or not we’ll support individual candidates.”

Currently the group is an online presence where people can post and get information about issues such California government reform, education, healthcare and the environment. The group also supports local fundraising efforts, most recently around the raising funds in response to the Haitian earthquake.

“SVAN’s goal is about education and service and advocacy,” says Pam. “That’s what brings everybody together.”