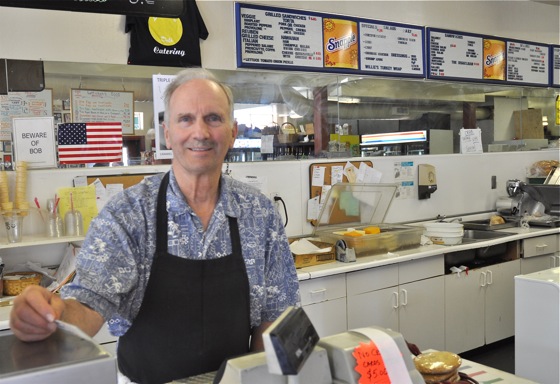 Bob Lutticken opened his namesake restaurant in 1981, and, in the process, introduced half the Peninsula to Dutch crunch bread. The enthusiasm continues – writes a local on Yelp: “Their sandwiches are wholesome and fresh; tell them what you want and you will get it, sliced and prepared right before your eyes…hard to eat without making a mess, which is how I like it.”

Lutticken’s is a place where the owner calls regulars by name, whether you’re the lunch gang from nearby SLAC or the retired neighborhood priest and his friends.