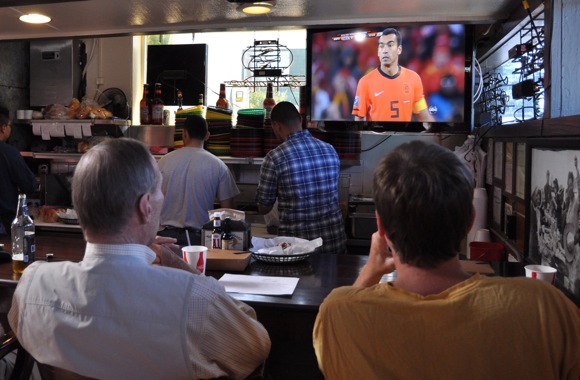 Your InMenlo correspondents swarmed the Dutch Goose this morning, attempting to interview the eponymous fowl, but she was nowhere to be found as her team lost the World Cup Final to Spain by a heartbreaking 1-0. Spain’s goal came late in overtime, indeed the latest a goal has been scored in Cup history. Goose regulars weren’t sure where she was, though some speculated she was in the stands in Johannesburg, taking a break from the her Eric Brynes-led softball team,  which has been such a big part of her summer this year.