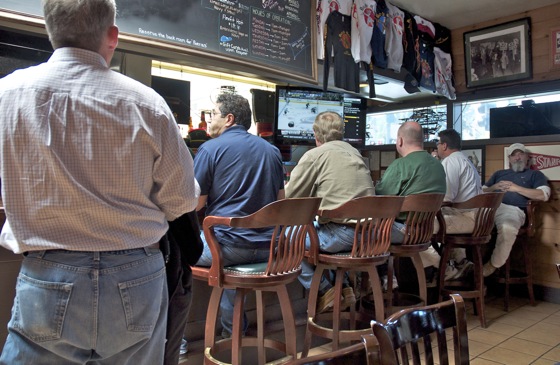 The rest of the country may just be learning about the Goose, but it needs no introduction to locals, being a Menlo mainstay since 1966 and consistent Reader’s Choice Award winner in the Almanac News.

Stern bought the the beer and burger (and deviled egg) joint from Tom Moroney in 2005, after growing up going to the Goose. When he took over he was sensitive not to make too many changes, although most customers welcomed the addition of french fries. He says that signing a 35-year lease with the Beltramo family, who own the property, had the most positive impact on the business. 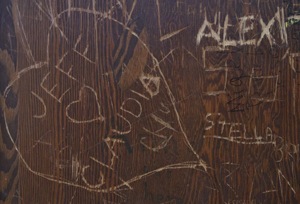 “That’s allowed me to invest in new equipment such as fryers, registers, and plasma TVs and construct our outside patio bar called the Duck Blind,” he explains.  “I like to use the word ‘improvement’ instead of ‘change’ so I don’t get chased out of Menlo Park for ruining an institution that has survived for 45 years.”

The Goose has long been a hang out for college kids with some debate over the years whether it was favored more by Menlo than Stanford students. It’s bar area helps maintain its “joint” status, but it’s also a place to fill up hungry Little Leaguers and soccer players. When adults want to linger over their beer, the various electronic games keep the kids occupied. 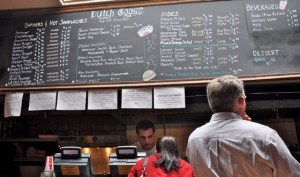 “If you visit the Goose enough times you will be called by your first name and be surrounded by friends and family,” says Stern.  “It’s the equivalent of having a friend with an open door policy where you always feel welcome and can expect to relax and take a break from the pressures of every day life.”

And now maybe you can host a draft with a guy who played in the Bigs – dropping by for a pint after his softball game.

Have a nice Day