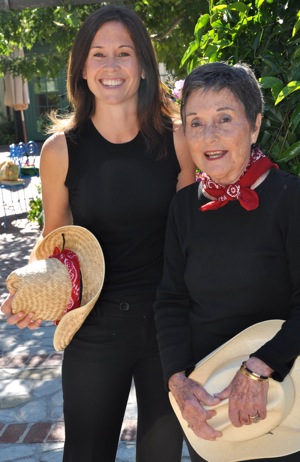 When this contributor was growing up on Hillview Drive in Menlo Park, there was an annual back-to-school treat in September. She and the other kids in the neighborhood would be shuttled over to the Menlo Circus Club in Atherton for an afternoon of Western-themed fun.  That evening, some teenager would be in charge of watching us younger kids while her parents and friends attended the evening event. It was all part of Tally Ho.

Truth be told, the mix of events was a little baffling to a grade schooler – old West, British fox hunting and a circus! But this fundraiser has legs. Tally Ho celebrates its 60th anniversary this year, with a twist on the name – Tally Hoedown.

“Every year is a little different, with a slightly different theme,” says Louise Rockhold (pictured right), a member of the Allied Arts Auxiliary Guild, and this year’s Tally Ho Director. “And while it might change with the times, we try very hard to make it an event that’s open to the whole community, with everyone welcome to attend.”

The Auxiliary’s mission is to raise funds for the Lucile Packard Children’s Hospital at Stanford with money going to families who otherwise couldn’t afford medical care for their children. In 1993 the Auxiliary expanded its fundraising mission to include a special project at the hospital. Money raised this year will support the H.E.A.L. program which helps medically fragile children meet the challenges of re-entry to school. 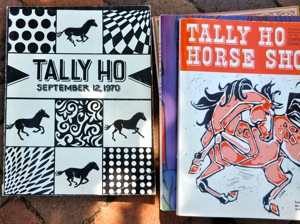 Louise DeDera, who has been an Auxiliary member for 37 years, says Tally Ho has its roots – as does the event’s venue the Menlo Circus Club – in the children’s circus staged in 1920 at the corner of Middlefield and Glenwood by three young girls who wanted to raise money to help the sick children at nearby Stanford Convalescent Home.

Marta Miller (pictured, left) is a new Auxiliary member who is in charge of this year’s auction. “My husband grew up in Menlo Park, but it was during a visit from my mother that I discovered the Allied Arts Guild and learned about the Auxiliary. I was really attracted to the group’s history and tradition and liked the fact that there is a mix of generations.”

Among other silent and live auction items is a Pedro deLemos rug donated by a local family. DeLemos and his wife Rita along with Delight and Garfield Merner and architect Gardner Daily were responsible for the creation of the Allied Arts Guild in 1929 on 3.5 acres of land purchased from the Rancho de Las Pulgas.

Tally Hoedown will take place on Saturday, Sept. 11 starting with wine tasting and cocktails, equestrian demonstration and silent auction followed by BBQ buffet dinner, auction and dancing to Great Western Cravings by Simply Jazz and the Pork Belly Band. Attire is Western casual and tickets, which can be purchased online, are $125.